​Score a Goal at Your World Cup Party With a Photo Booth!

Consider These Awesome Additions to Your World Cup Themed Party!

It sweeps the world every four years, bringing people to their feet in delighted victory or crashing to their knees in disappointed defeat. We’re talking about the Fifa World Cup (as if you didn’t already know!), and it’s happening now! We’ve seen some amazing wins and some surprising upsets, but as we start moving through the 32 teams, the pressure is turning up.

What does this mean?

It means more people will be watching the games, wanting to get together and have fun! We all know watching big sporting events is a blast – Superbowl parties and Final Four viewing parties are a hit, so now it’s time to plan your World Cup Party!

Every party needs good food and beverages! For your World Cup viewing party, provide snacks that capture the essence of the game.

Play Your Own World Cup Game

After the game, burn off all the excitement and energy by having a soccer match outdoors! This is also a great way for those whose team lost redeem themselves by taking up their team’s mantle and carrying it to victory. (It’s the symbolic victories that count, right?). If you’ve got a pretty even number of fans for both countries, it’s easy to divide into teams, otherwise, draw team names or straws with the tips colored to match the team names!

If the party carries on after the game, keep the energy alive with some music! Get the Official 2018 Fifa World Cup playlist here, and mix it up with some music from the team’s countries. Go traditional and learn a few traditional dances for a laugh, or just find the popular, upbeat tracks that will liven things up.

Set Up a Photo Booth or a Green Screen

Make sure your guests capture the moment with a photo booth or a green screen! A green screen is a blast for a World Cup Party because you can send your guests to the soccer field or to the country they’re rooting for. With props, outfits, and other accessories, you can let your guests create unique, hilarious pictures, and pick out custom frames and borders for your pictures.

Ready to host a magnificent World Cup Party? Contact Mag-nificent Photo Experiences! We offer the photo booths, green screens, and so much more to elevate any event and add some extra fun! Provide your guests with magnet mementos, create customized borders, and get a groovy vintage look with our RetroPix.

Plus, with our Mag-nificent App, you can get immediate enjoyment out of your pictures – upload them directly from the party to social media, create an engagement platform for your guests, print pictures instantly, and so much more! 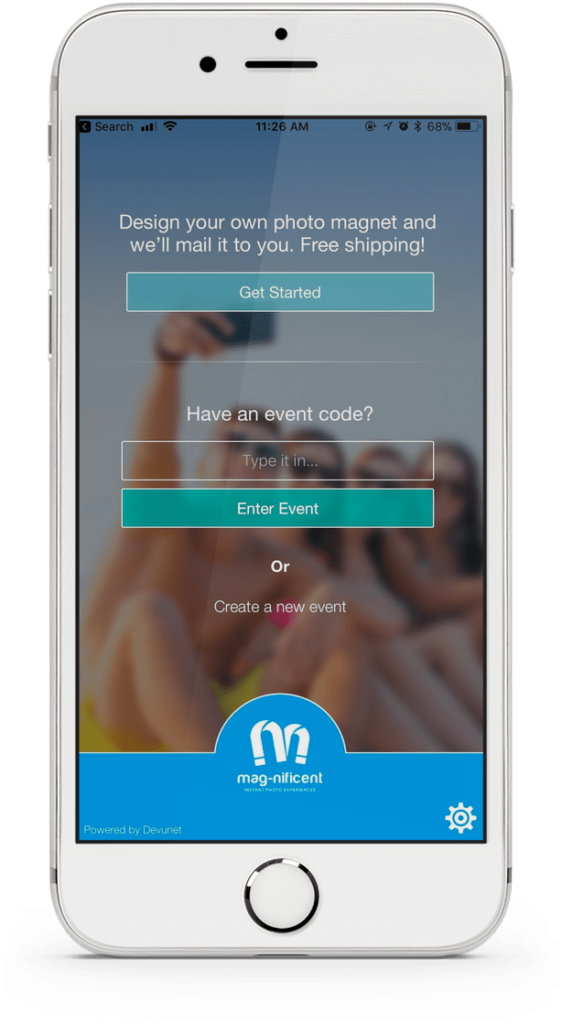 Get people generating social content and be tagged at your event Instantly!

Check out everything our app can do!

Get it only through Mag-nificent and it’s totally FREE!